This document forms the specifications for Role-Based Access Control which was introduced as part of the Unleash v4 release.

Unleash has two levels in it’s hierarchy of resources: 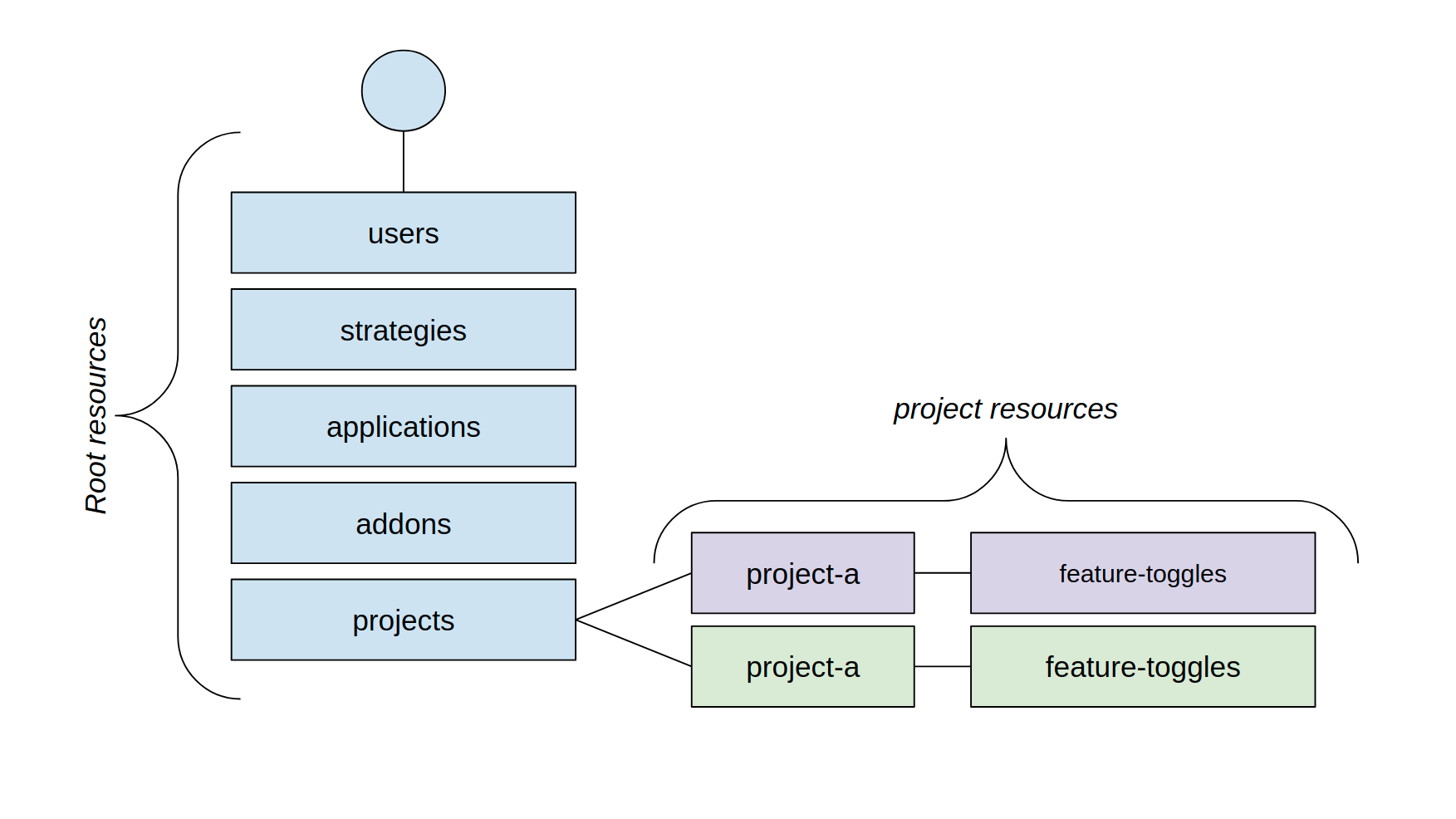 Unleash will come with three "root" role out of the box:

It is important to highlight that we have not introduced a Viewer role on the project level. We believe that all users in Unleash should be able to to View all feature toggles and configuration within an organization. (If we learn this not to be the case we can add a separate role for READ access later).

Will only be introduced for Unleash Enterprise.

In a later iteration we will introduce the concept of "custom roles". This will allow full customization to meet internal needs of larger organisations. We believe these should be able to define access across both “root resources” and specific projects resources. We need further investigation with customers before we land custom roles.

Please let us know if you have feedback or ideas on how custom roles should work in order to solve your company needs.